Showing posts from February, 2014
Show all

February 21, 2014
Today I saw a video of a guy who lost 140 pounds in 10 months. (It's on You tube if you want to watch it, but you might want to bring some tissues). He had bad knees, a bad back, and walked with the help of 2 canes. Doctors said he would never walk unaided again. One yoga instructor believed in him and through sheer guts and determination he started trying yoga, falling down and getting back up. Now he's walking and running! We have no excuses, gang. Whether it's losing weight (I'm trying to lose 10 pounds) or writing that novel or going back to school, there is simply no excuses. If Helen Keller can graduate college without being able to see or hear, if Seaworld can teach a fish to shoot a basketball, what's your excuse? What is mine? Fear? Usually. Fear of failure. This man in the video failed. He fell and fell and fell and he got back up. Maybe he was at that point where he had nothing to lose even if he failed. Sometimes you get to that point. My first b
Post a Comment
Read more 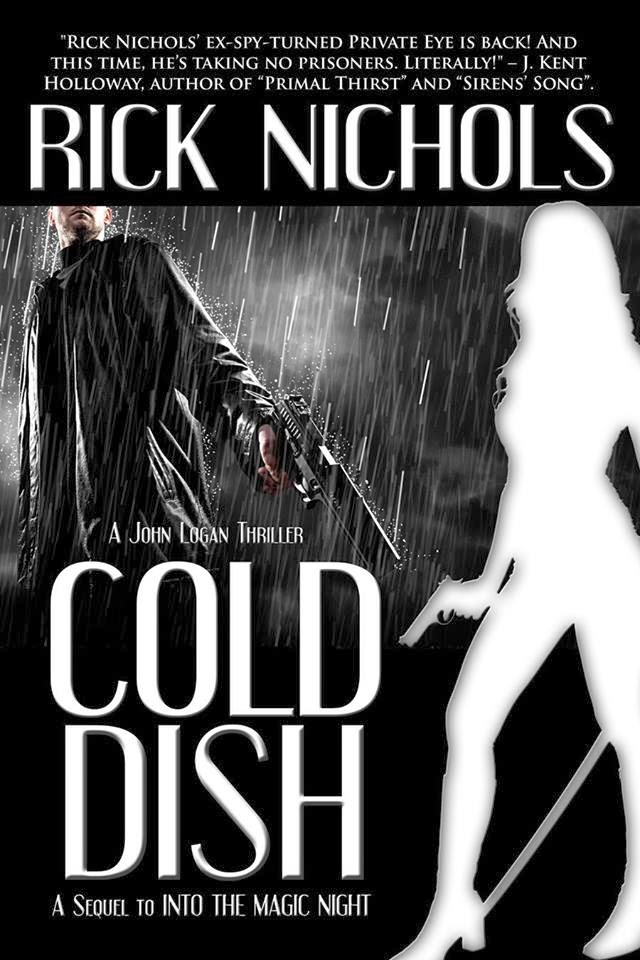 COLD DISH HAS ARRIVED. Pro Se announced the release of COLD DISH on their website and through press releases last night. Here is the AMAZON link:  http://www.amazon.com/Cold-Dish-John-Logan-Thriller/dp/149544323X%3FSubscriptionId%3D0ENGV10E9K9QDNSJ5C82%26tag%3Dflatwave-20%26linkCode%3Dxm2%26camp%3D2025%26creative%3D165953%26creativeASIN%3D149544323X With his home in ruins, his lover in a coma, and his best friend missing, John Logan finds himself injured, alone, and fighting to protect an innocent witness while he works to uncover the truth behind the bombing that has shaken his world. His search will uncover an old familiar killer, a man whose money and power seems endless. It will take all of Logan’s skill and determination to survive. For how does someone who has nothing fight a man who has everything? You can find other links to Smashwords and get more information on Pro Se's website at  www.prose-press.com
Post a Comment
Read more

A personal note of thanks

February 01, 2014
As I announced last week, I have a new publisher. Pro Se Productions will be handling the John Logan series beginning with COLD DISH and will also handle some of my upcoming projects I think. Tommy Hancock and the rest of the Pro Se team have been fantastic in welcoming me and I look forward to many years with them. But I cannot let such a moment pass without a few words of thanks to Kent Holloway and Seven Realms Publishing. I first met Kent in a writer's group that we were both a part of and I got to know him pretty well. When he founded Seven Realms I was the first author he called. He'd read some of my first John Logan snippets in what would eventually morph into Survivor's Affair  and he wanted to publish me. It took almost another year of work to get the manuscript down and wow, I learned more in that year about writing than I'd ever had before. I learned how the publishing business works, how fickle and cruel it can be, and I learned the thrill of holding that
Post a Comment
Read more
More posts